« One of the great shifts in the modern framing criminal justice in the United States has been the success of the crime victim movement in arguing that crime victims have a meaningful place in criminal law, distinct from both the state and defendants. More recently, various jurisdictions have applied similar concepts to cases involving crimes against animals—by providing the animal victim with a legal advocate. Most notably Connecticut’s passage of Desmond’s Law established a state-wide system for doing just that: allowing pro-bono attorneys and supervised law students to be appointed in certain animal cases. This model that has since been adopted in Maine, and similar laws are being considered in about a half dozen statehouses.
The Animal Legal Defense Fund’s David B. Rosengard joins Justice Clearinghouse to explore how these laws work, what their impact is, and what the future is likely to hold in this cutting-edge area where animal law and crime victim law overlap. » 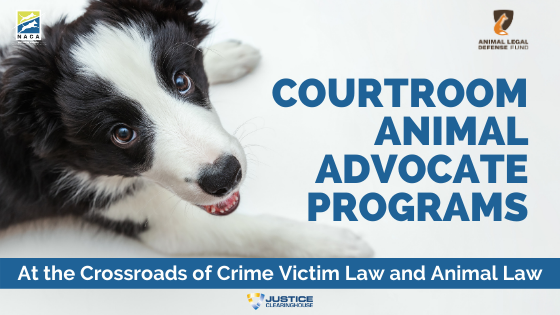